In this article, we will discuss briefly the types of Pseudocysts that effect the jaws, the clinical pictures, radiographic appearance and treatment.  If intrested in the other types of cysts of the Jaw, please click the the following links: 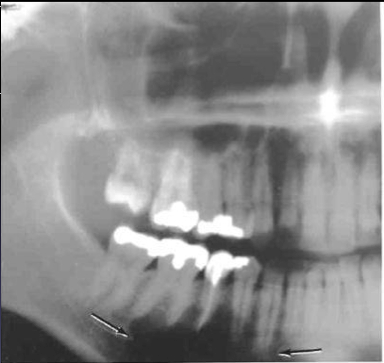 Simple Bone cyst exhibiting the characteristic scalloping in the mandibular premolar and first molar region. The second mandibular premolar was treated endodontically in the mistaken diagnosis that the large radiolucency was an inflammatory apical lesion

Simple bone Cysts may have an appearance similar to that of a true cyst, especially an Odontogenic Keratocyst (Primordial Cyst). However, maintenance of some lamina dura and the lack of an invasive periphery and bone destruction should be enough to remove this category of diseases from consideration. 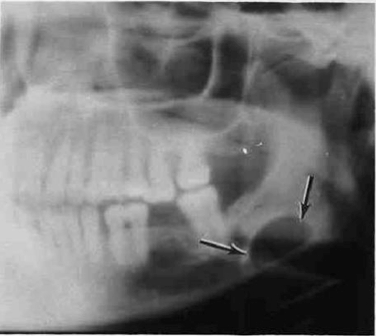 Static bone cyst is a well-defined cyst-like radiolucency with a radiopaque border. Its characteristic location is near the angle of the mandible, inferior to the mandibular canal. 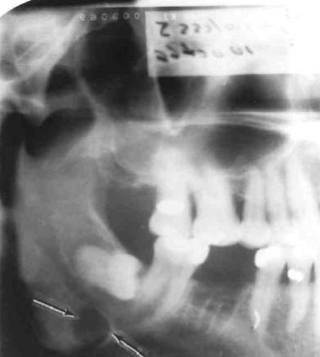 Stafne bone cyst near the angle of the mandible, inferior to the mandibular canal.

Dentist and Guest Author on OziDent. He earned his BDS in 2011 from Ibn Sina College, Jeddah, Saudi Arabia with honors. Currently working as a Demonstrator in Umm al-Qura University, Makkah, Saudi Arabia. His Goal is to be a Maxillofacial surgeon. In His Free time he enjoys Photography and Trying different Cuisine.