In this Article, We explain the relationship of gum diseases ( periodontal ) to other disease,  in addition we define it in details, explain its causes and provide with the proper treatments.

Gum Diseases’s Relation to Other Diseases 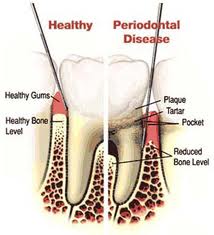 Periodontal disease such as gingivitis and periodontitis is a silent disease that can lead to tooth loss, cancer, heart attacks, strokes, and the list goes on.  It is estimated that about 85 percent of the population has some stage of the disease. Periodontal disease may start in your mouth, but can spread throughout your body and cause or increase the risk of many life-threatening illnesses. 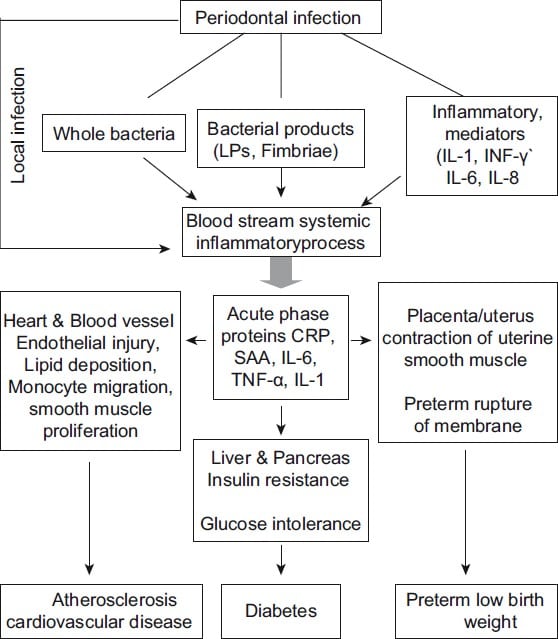 Our mouths are full of bacteria. These bacteria, along with mucus and other particles, constantly form a sticky, colorless “plaque” on teeth. Brushing and flossing help get rid of plaque. Plaque that is not removed can harden and form “tartar” that brushing doesn’t clean. Only a professional cleaning by a dentist or dental hygienist can remove tartar.

Although bacteria are the main cause of periodontal disease, there are many other factors that can cause periodontitis such as: 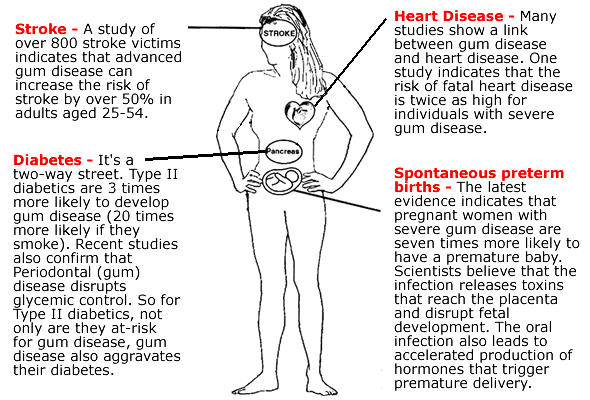 Symptoms of periodontal disease include

The treatment and management of periodontal disease involves lifestyle changes, medications, other treatments, alternative and complementary therapies, and possibly surgery.

The goals of treatment of periodontal disease include:

A Dental Student at Liaquat University of Medical Health Science, Pakistan. Her aim is to improve her horizon in the dental field beyond her scope and improve the Dental community health through her hobbies of writing and painting.